D-DAY! Diagnosis Day… choices to be made and the surprising grief that followed.

I’m heading back to our Autism journey, back to the summer of 2010.  Since ‘the dark winter’ as I call it, of 2008 we had seen many consultants, registrars, speech & language therapists, other therapists with fancy names, Autism Advisory Teachers and Child Development Practitioners.   Today, we thought was going to be just another appointment with the consultant… the one we finally found that took us seriously, who could see that there was something not right and recognised a link between diet and the brain.

We’d already seen Dr McGreggor several times where she assessed Ellie’s behaviour, how she played and interacted and took a ‘progress report’ from us.  What we weren’t expecting was for her to offer us a diagnosis.  It had been two and a half years since we started this journey and now my heart was galloping at what she was about to say.

“Ellie is certainly on the autistic spectrum and I would say she has high functioning Autism.  I would say she is borderline, and with that, you don’t have to take the diagnosis, if you’d rather not?”

I heard the words, I nodded, but it was like one of those outer body experiences.  Were we being asked whether we would like to take the diagnosis?  WTF!

The consultant went through the pros and cons (of which I just don’t remember now) but one was that with a diagnosis, we would be able to access better support.  If having a diagnosis meant a better chance of getting help, then there was no question.  Whilst I would’ve loved to stick my head in the sand and pretend this wasn’t happening, it really wasn’t an option.  Ellie was still the same little girl, with or without a label.  Plus, she had only just turned five years old.  We had no idea how things would progress and change as she got older.

Looking back, I know it was the absolute right decision to make, as things really have changed as Ellie has grown up.  For one, there seems to be an ever increasing gap between her and her peers and she continues to have a 1:1 support at secondary school. I’m sure this wouldn’t have been the case had we not made that choice.

The consultant also agreed that diet had played a huge part in Ellie’s symptoms and confirmed that if we had not changed her diet when we did, she would be in a very different place by now.  The relief to hear that was immense.  Thank god we did what we did and took those ‘poisonous’ foods out.  I won’t lie, back in 2008 it was really hard work as the mainstream supermarkets had barely anything ‘free from’.  My family, especially my mum, played such a huge part in making those dietary changes… it would’ve been so much tougher without them.  I fear, that we may have even given up if it wasn’t for their support and understanding.

So, we decided to go for the diagnosis – High Functioning Autism (or Aspergers), although on our letter it actually says ‘Allergy Induced Autism’.

What I didn’t expect was how I felt in the coming weeks.  Instead of relief… I felt grief.  I definitely went through a grieving process for a good two weeks. Grieving over the daughter we thought we had, worrying about the things she wouldn’t be able to do, fearful for how she would ‘fit in’ with her peers and unsure of where this journey would take us next. 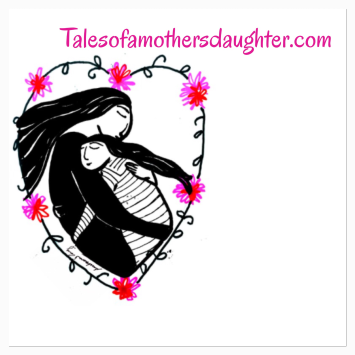 My Tweets
Join 2,426 other subscribers
Follow Tales of a Mother's Daughter on WordPress.com