Back in May, we surprised the kids with tickets to Little Mix as part of their birthday present (they’re both May babies!).  They were both very excited and for the last few months I’ve heard nothing but how excited they (Ellie) was for the concert.

Weirdly she said nothing about the crowds and waiting… though I know this was the underlying factor to the anxiety.  There was constant shouting at me of  “I’m excited for Little Mix!”.  I had to resist the urge to shout ‘Tell your face then’ and just replied “Ok babe” but that just got a shout back “Are you excited?”   Well,  right in that moment, no I wasn’t excited.  I really didn’t want to go at all.

Forty-five minutes later and Ellie had finally gone up to bed – crying and mumbling more of the same… and I’m sat with a vodka – on a school night – with work in the morning (I’m hardcore like that 😉 !).  A WhatsApp moan to my best girls and a waffle on my Facebook page and I felt a little better… plus the second vodka was kicking in! (don’t judge).

Next morning… what do you think were the first words I heard?  Yep, you guessed it… “I’m really excited for Little Mix” which would’ve been fine, except it was a moany, shouty noise I heard and not an excitable 12 year old!   Oh god! Here we go again! There was an hour of more of the same – all whilst trying to get us out for the school run and me off to work.  Well, I lasted 45 minutes before I blew my top – which actually could be some kind of a record!  Hubby stayed out of Ellie’s way so as not to add to the anxiety levels!  It’s really not helpful for two parents to lose it!

Later that morning, I hear that the traffic for the the previous night’s gig was horrendous.  Over an hour just to get into the car park, and hours to get out again.  I was really not wanting to go now.  Ellie doesn’t do waiting at the best of times, so this would definitely be meltdown territory.

After much consideration, we came up with the following plan.  Hubby offered to stay at home as he’s not great in traffic either (stressssss head!) and that would take the pressure off of me to try and keep both him and Ellie calm.  I think the thought of a quiet night, hot tub, beer and the TV to himself may have also played a part!  What a trooper! 🙂

We were also taking George’s little friend from school and her mum with us, so that would hopefully be a good distraction for Ellie.   Well, the plan worked!  Despite it taking well over an hour to move the last six miles, the singing in the back of the car and eating of snacks was a complete distraction and we got there meltdown free.

We were lucky at the gate as well.  We arrived just half an hour before the main act – which meant the line for bag search was empty and despite a little wobble as we entered the site, Ellie was doing really well.

The concert was held outside at Powderham Castle in Devon so there were no feelings of claustrophobia and we stood quite near the back (which was handy for later as we got out first).  Ellie didn’t even need her ear defenders (George wore them) and she was now genuinely excited to see her favourite group.

What happened next made all that pain and anxiety (mine as well as Ellie’s) worth it.  As the girls came on, Ellie held her hand to her mouth and started to cry.  She was so happy to see her girls there on stage!  Granted, they were small dots from where we were, but seeing them on the big screen and seeing Ellie so ecstatic was amazing.  She must have cried with joy at least half a dozen times during the concert!

We danced, we sang, we waved and even ‘slut dropped’ a few times! (did I just say slut dropped?!).

As I said earlier, being near the back had its advantages.  We left just before the encore (as did a lot of others) and watched the last song as we walked to the car park.  I then made a sprint for the car and picked up the guys on the way out!  We were out of the car park in 5 minutes! Genius!*

Apart from a scary detour up a single car sized country lane which seemed to go up into a forest and me trying to manoeuvre us past several cars coming the other way (Ellie really not keen on that – & nor was I tbh!) the evening was a complete success and I’m so glad we decided to go.  Both Ellie and her brother George were still buzzing when they got up this morning.

*I heard later that night that two friends were stuck in the car park for over two hours!  So whilst they were still trying to get out, I’d got the kids up to bed and was now sat… having a vodka! Right decision made! 🙂 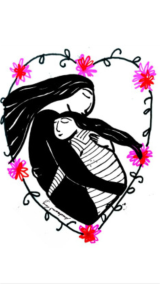 My Tweets
Follow Tales of a Mother's Daughter on WordPress.com